The History of Food Trucks

It’s impossible to say when the first true mobile food business came into existence. Perhaps it was a venison stew merchant serving the builders of the Tower of Babel off the back of his donkey. Maybe Pharoah sent chariots of fruits and vegetables to those working on the Great Pyramids. Archeologists can’t tell us the origin, but food trucks have been a part of American culture since at least the late 17th century. 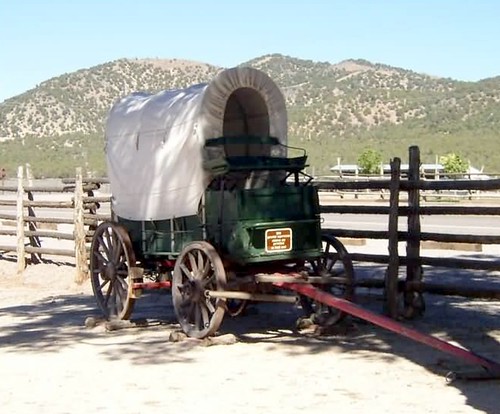 In 1691, the city of New Amsterdam, which later became today’s New York City, started regulating the push cart vendors who serviced the area’s workers. By then, food carts were common enough in large east coast cities to be recognized by the government. In 1866, Charles Goodnight created the infamous Chuck Wagon to serve the influx of immigrants moving west, and the cattle workers.

In 1872, the first horse-drawn food diner was opened. By 1894, sausage vendors were a regular sight outside east coast universities like Yale, Princeton, Harvard, and Cornell. Students dubbed these “dog wagons,” and the idea of eating from a vehicle on the street was becoming mainstream. 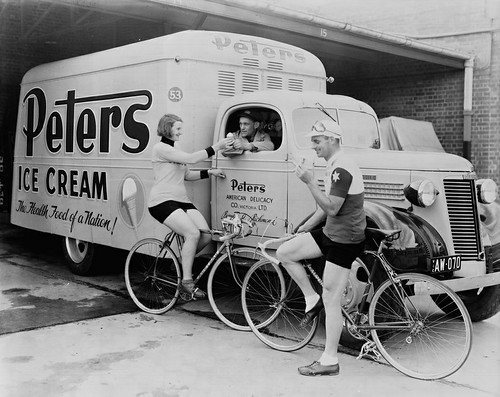 Image via Flickr by State Liberty of Victoria Collections

In 1917, the U.S. Army needed a way to feed their moving troops fighting WWI. They invented field kitchens, also known as mobile canteens. Oscar Mayer came out with their iconic Weiner Mobile in 1936, a hot dog cart that continues to thrill all ages today. By the 1950’s, ice cream trucks were almost as common a summertime sight on American streets as Chevys and Fords.

In the 1960’s, the economic boom spurred construction across the country, and food trucks popped up to serve construction workers hot meals on job sites. They were affectionately called, “Roach Coaches.” In 1974, Raul Martinez converted an old ice cream truck into the nation’s first taco truck, and started serving patrons outside a bar in east Los Angeles.

In 2004, food trucks began to get the recognition and respect they deserved when the Street Vendors Project came up with the Vendy Awards to find and reward New York’s best street food vendors. In July of 2006, Wikipedia added a listing for the term “food truck” solidifying it as legit. Kogi BBQ opened on the streets of L.A. in November 2008, sparking the popularity of Korean barbecue and Asian infusion cooking across the country.

The Southern California Mobile Food Vendor’s Association was created in January 2010, becoming the first group to stand up for the rights of gourmet mobile food vendors. In May 2010, the National Restaurant Association added food trucks to their exhibit at their annual convention in Chicago, with a 1,500 square foot display. In August 2010, The Great Food Truck Race popularized the industry even further with a nationally televised show.

In September 2010, the government’s small business website added an article, “Tips for Starting Your Own Street Food Business” adding even more legitimacy and credibility to the industry. By November 2010, L.A. and other cities were using the same letter ranking to rate food trucks as regular restaurants.

Looking Toward the Food Truck Future

When President Obama tweeted that his favorite food truck in the nation’s capital is D.C. Empanadas, it was clear that street food vendors are in vogue and here to stay. These businesses have sparked an entirely new industry, including truck and equipment suppliers like Russell Concession & Mobile Kitchens, , food suppliers, food truck insurers, and more. Clearly, entrepreneurs like street food vendors are becoming an important part of our economic recovery.